The Romans did not have catering corps for their armies, rations were issued as raw ingredients to the men, and they had to prepare and cook their food themselves. Each soldier was issued about three pounds of corn per day. Bread ovens were usually placed to minimise risk of fire, and lead stamps were used to mark the bread. The one below reads:

CL.AVG.VIC
'(made by) Victor, of the century of Claudius Augustanus' 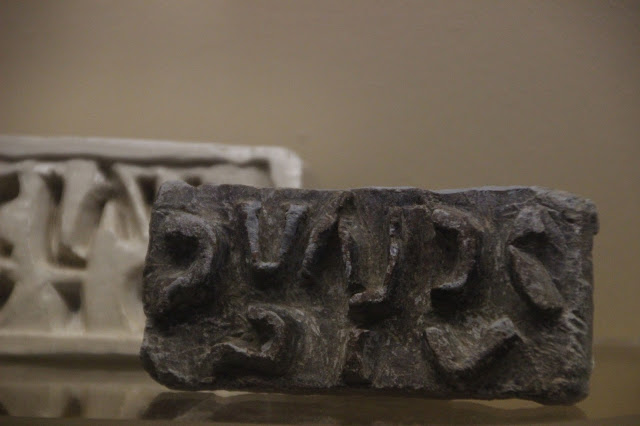 sf
I live and work in the city of Chester, and am interested in the history and archaeology of the city